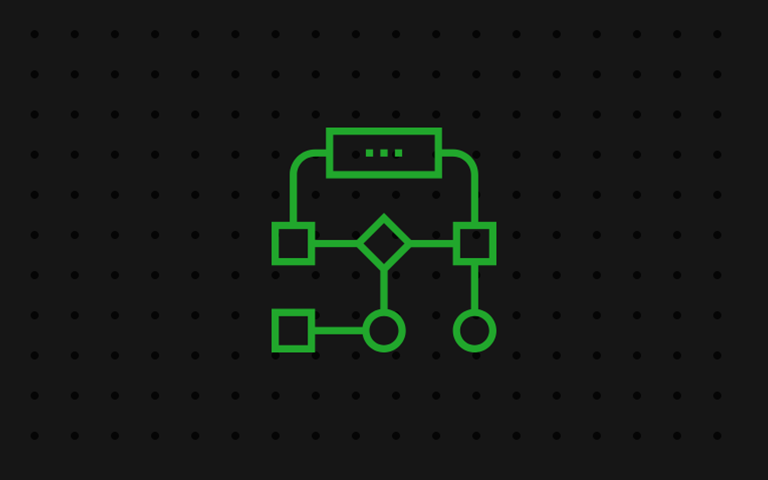 In the previous blog entry titled “Introduction into QDS architecture” I gave a short overview of the overall QDS design. Today I’ll explain the basics of QDS transport and networking architecture. 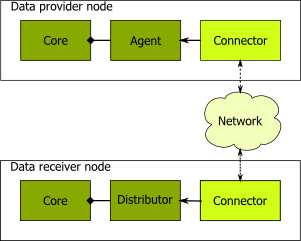 The are various connectors that transfer data over the network. Connectors may come in different flavors depending on the underlying protocols, means of establishing connection, or technologies they use: server or client, synchronous or asynchronous, unicast or multicast, TCP/IP, UDP, HTTP, etc. There’s even a file connector that does not actually work over the network, but reads pre-recorded messages from a file.

Each connector is responsible for establishing connections, and delivery/reception of the underlying messages over the network. Typically, there are two different roles in the communication. On one side data provider receives subscription and sends data while communicating with the data receiver on the other side. Connector on the data provider side creates agent in the QDS core to manage subscription and filter data that pertains to this subscription. Connector on the data receiver side creates distributor in the QDS core to feed the incoming data into the core and collect subscription from the core. This data will be ultimately delivered for processing to the core agents in the data receiver node.

The actual connector code works with agents or distributors though a special adapter whose purpose is to convert internal QDS core API into the message-based API that is suitable for network communication. Thus, there are agent and distributor adapters. For example, a combination of ServerSocketConnector with AgentAdapter creates a data provider node that listens for incoming TCP/IP connections. On the other side, ClientSocketConnector with DistributorAdapter creates a data receiver that can connect to the data provider via TCP/IP protocol. However, while data receiver node typically establishes connection to the data provider, it does not have to be always this way. The transport architecture is fully flexible from deployment perspective, so that, for example, data providers can establish connection to a central data receiver node instead.

This flexible transport and networking architecture makes it easy to deploy a multiplexor node.